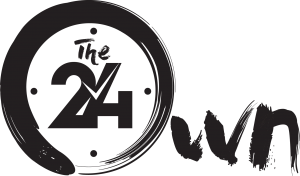 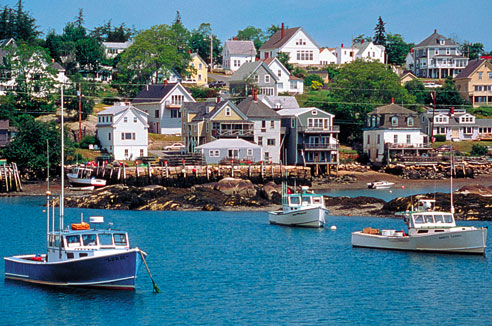 In 1998 I moved from Sault Ste Marie, MI to Bowdoin, ME.  I was relocated by a solid waste and recycling company to help them integrate an acquisition and run their Central Maine companies.  The search for temporary housing found us a rental house in Phippsburg, ME, which was located right on a beautiful sea cove.  Sitting on the deck you could watch the cove and the tides coming and going amidst the fog and sounds of the ocean creatures and fog horns.  It was disarmingly beautiful – I often would find myself just sitting and staring at it, listening to the sounds.  It was like the entire house was set up to view the beauty of this cove.

The house had very basic furnishings (meant for renters) and a “Plexiglas” corner of the living area that was facing the cove which gave that area a greenhouse feel.  Despite the modest furnishings, the central glory of the house was the fireplace.  It was a very large stone fireplace with a huge timber mantle (picture a 12 x 12 railroad tie).  It was incredibly, naturally beautiful.  The only adornment was a small piece of paper which was lacquered to the front of the tie in the center.  It was faded on the edges and corners with brush script, type written words, which read, “I still find each day too short for all the books I want to read, thoughts I want to think, all the walks I want to take, all the friends I want to see.  The longer I live, the more my mind dwells upon the beauty, and wonder of the world.”

I read it over and over as I enjoyed many roaring fires and wondered who put it there and why; who they were, what kind of people they were and how they lived.

We were only in that house three months or so while we were house hunting.  During that time I was able to talk my best friend, Todd Klimoski, into coming to Maine to work with me.  I contacted the agent who rented me the house and arranged to have Todd and his family rent it after we left while he and his family looked for permanent housing.

As I was arranging our move out and Todd’s move in I had the opportunity to chat with the agent about the message in the mantle.  He told me that a couple from Connecticut built the house as a retirement home.  He said they had worked for years building this house, their dream house, and putting it together in preparation for their retirement.  He went on to tell me that this couple had died within one year of retirement living in this home.  The husband had died in a car accident and the wife of cancer six months later.  Ugh.

I had never met these people and yet was powerfully impacted by this story as I had lived in their dream home that they had built on the weekends with the presumed intent of living out their many final years in peace and tranquility aside that beautiful sea cove in Maine.  The story brought me great perspective in the last few weeks I lived there, taking walks with my small children around the cove, discovering the multitude of tiny sea creatures in the cove when the tide was out and viewing the same beautiful fires they they, for some short time, must have viewed before their end.

What an excellent lesson to enjoy and appreciate the time we have because we never know what the future holds for us!  I’m not speculating on how this couple lived, but my takeaway was that we cannot live for another time; be it retirement, or our upcoming vacation, or when the kids are out of the house, etc., we must understand that we have a finite number of days here and none are to be wasted!  If we live to be 72 years old we will live 26,280 days, (the couple who built that house didn’t even make it that long) we need to decide how we will spend them and create our days, and lives.

In other words, we must Own the 24.  Good perspective.  Wisdom indeed. 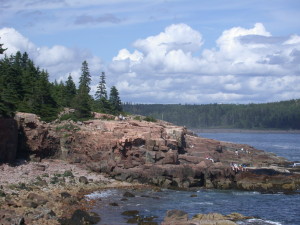